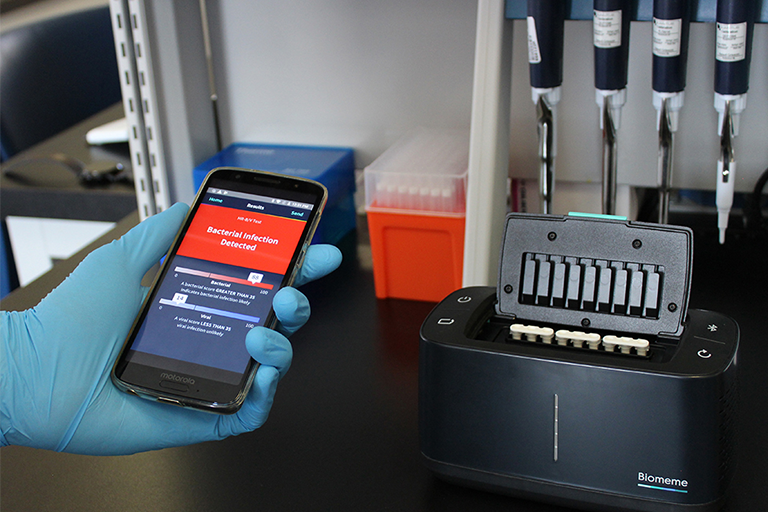 The pandemic wrought remarkable changes in diagnostics, some of which may improve healthcare for future generations. It also precipitated a dramatic expansion for Philadelphia-based mini PCR instrument and assay developer Biomeme.

The company is now using revenues from CAP and CLIA accredited testing labs it owns to create a sample-to-answer instrument and further differentiate itself through a focus on host-response testing.

Biomeme was founded in 2013 to commercialize a mini PCR system called Franklin. The company debuted a wholly owned subsidiary of testing labs, called One Health Laboratories, in February of 2019, in part to capitalize on the attributes of the Franklin system, according to Jesse vanWestrienen, a Biomeme cofounder and executive VP of products.

“We felt that a lot of the types of products that Biomeme was creating would be really useful in [lab-developed test] environments and would add some capabilities that other CLIA and CAP labs don’t necessarily have,” vanWestrienen said, like mobility and ease of use.

Then the pandemic hit and there was a dire need for SARS-CoV-2 testing. In May of 2020, Biomeme obtained Emergency Use Authorization for a lab-developed SARS-CoV-2 assay to be run at One Health Labs, and three months later, it received a second EUA for a modified test using the firm’s two-minute manual nucleic acid extraction kit, called the M1 Sample Prep Cartridge, and running on the Franklin or on standard thermal cyclers.

“Then, it was a matter of scaling because obviously, the demand was insane,” vanWestrienen said.

Over the course of the pandemic, One Health Labs has overseen more than 100 temporary testing sites using the Franklin mobile PCR system. 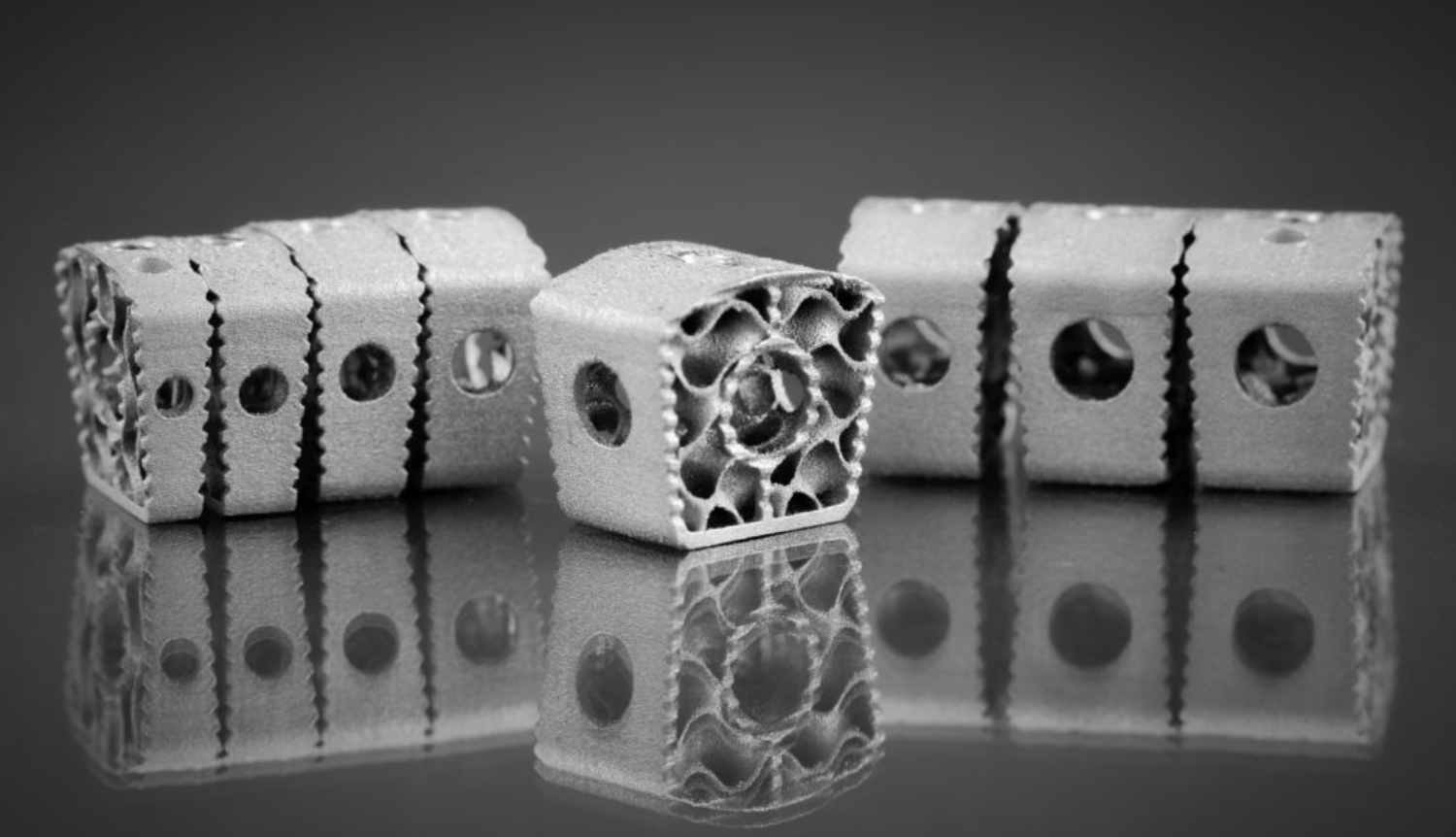 Ken Gall Ph.D., co-founder of restor3d and a Professor at Duke University, says the company will be deploying the capital on (1) new product introductions and enhanced 3D printed personalized surgical solutions in upper/lower extremity, spine, and trauma, (2) ongoing development of machine learning enabled software for surgical planning and implant design, (3) fundamental research, preclinical, and clinical studies, and (4) expansion of the commercial team to support market traction. In addition, in early 2023, restor3d will move into a new facility in Research Triangle Park that will expand capabilities for patient specific digital design, in-house manufacturing of implants and instruments, as well as surgeon training and education labs.

About this time last year, Biomeme — makers of a rapid COVID-19 test and other diagnostic hardware — had about 35 people in its 10th and Chestnut streets HQ.

Enter a global pandemic. The company, now about 280 employees across the U.S. and about 120 in the Philadelphia region, has outgrown its office. It will join esports company Nerd Street Gamers at a 44,000-square-foot office, lab, testing and manufacturing in a new corporate headquarters at 401 N. Broad St., owned by Netrality, operator of fiber-dense data centers that allow for super-fast internet.

The move will help the expansion of the company’s manufacturing capacity, and is supported by a $3 million grant from Pennsylvania’s Redevelopment Assistance Capital Program. It will allow Biomeme to produce more than 10 million tests annually, the company said. Biomeme has been working with Strada Architecture LLC to build out the space to meet all of its office, manufacturing and lab needs. 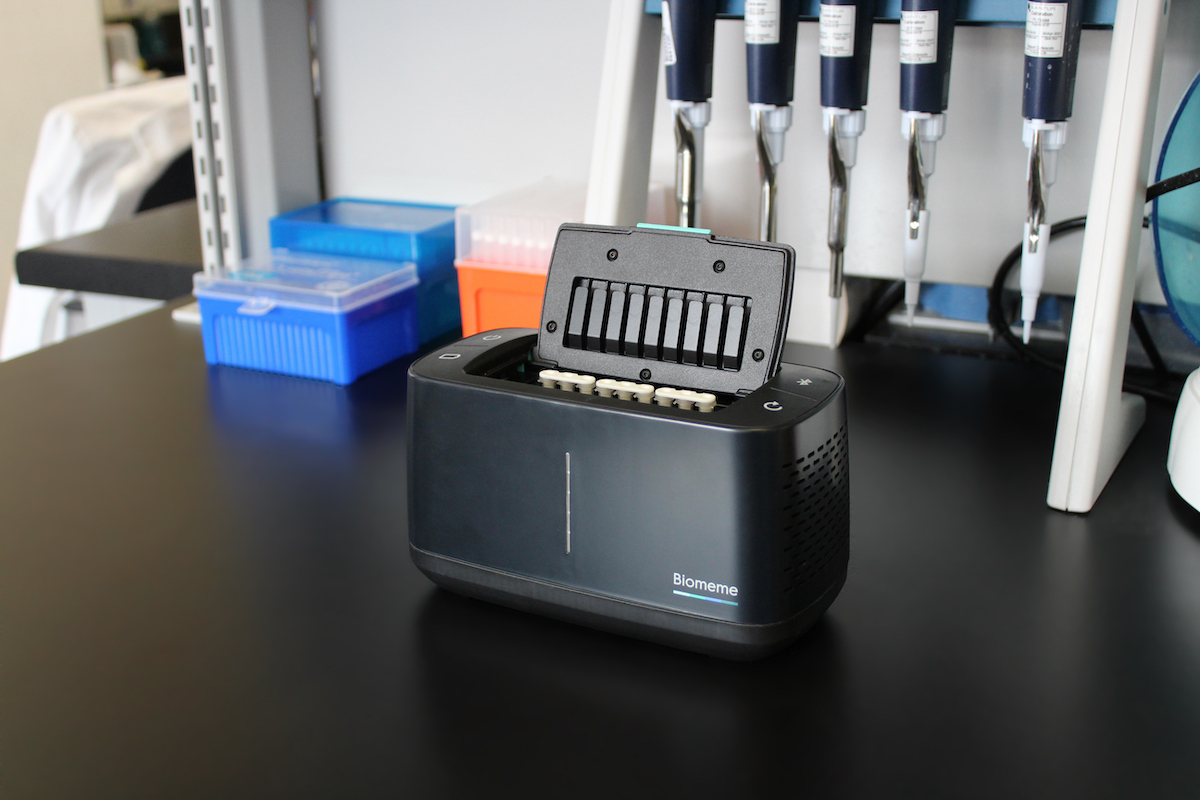 redigen’s portfolio includes flagship host gene expression biomarkers for the pre-symptomatic detection of viral infections as well as biomarkers that accurately discriminate viral from bacterial infections to enable appropriate patient management and antibiotic stewardship. Predigen also has signatures for sepsis diagnosis, sepsis risk stratification, and a pipeline of biomarkers for non-infectious diseases. With nine different patents at various stages of execution, this scientific team has received over $50 million in grant funding from the Department of Defense (DoD), National Institutes of Health (NIH), Department of Veterans Affairs (VA), and Department of Homeland Security (DHS).

According to Brian Best, Predigen’s CEO, “Prior to the pandemic, the over-utilization of antibiotics and increasing antimicrobial resistance were dominant concerns among the infectious disease community. That need still exists and it is a significant market opportunity that requires accurate, near-patient and rapid-result performance capabilities. This merger will enable an end-to-end solution to meet this challenge.”

The Serranator device is the first and only angioplasty balloon FDA Cleared and CE Marked that embeds serration technology into a semi-compliant balloon for treating Peripheral Artery Disease (PAD). It is designed to create multiple longitudinal lines of interrupted micro-serrations to aid arterial expansion.

The company also recently completed enrollment of its PRELUDE-BTK Study, a prospective, single-arm, multi-center feasibility study to show the safety and efficacy of the device. A total of 49 patients were enrolled. The study is led by Principal Investigator, Dr. Andrew Holden (Auckland, New Zealand). Six centers from Europe and New Zealand are participating in the trial which will include 30-day and 6-month follow up.

“This trial enrolled quickly, which speaks to the enthusiasm for better technology like the Serranator. Treating BTK lesions is a challenge due to the unpredictability we often see with existing balloon therapy such as insufficient lumen gain, vessel dissection and recoil. These arteries are small in diameter, often calcified, with much of the disease located in the distal portion of the leg, making treatment a challenge,” stated Dr. Holden.

A Wayne medical device company has raised $9 million to accelerate the commercialization of its peripheral artery disease device cleared by the Food and Drug Administration last year.

Cagent Vascular received the investment from Sectoral Asset Management. Marc-Andre Marcotte, a partner and COO at the Canadian investment firm, has joined Cagent’s board of directors.

Cagent intends to use part of the investment proceeds to accelerate the commercialization and scaling of manufacturing for the Serranator product.

In the time of the virus, it is as important as ever to remain calm and practice preventative measures.

At the time of writing, WHO characterized COVID-19 (Coronavirus Disease 2019) as a pandemic and has infected over 120,000 people with over 4,000 casualties. With that said, over 66,000 people with confirmed cases of COVID-19 have recovered. Since SARS-CoV-2 (the virus that causes COVID-19) has spread worldwide with no indication of slowing down, developing a rapid and reliable test to detect the virus has been our focus at Biomeme. Within 2 weeks, lead biologist at Biomeme, Jesse vanWestrienen, developed a coronavirus test that is available now with no minimum order quantity.

When used with the full Biomeme qPCR platform, 9 samples can be extracted and tested in less than one hour on our Franklin™ Thermocycler.