Overland Park, Kansas-based New Directions Behavioral Health bought the tech-oriented company to dramatically reduce the time between when patients are screened and when they receive care.

New Directions and Tridiuum partnered on a program in Florida that launched in December. As of Jan. 14, the partnership screened more than 450 people, with average speed to first appointment of about four days, according to a release. That compares with a current standard of care average of 25 days.

Tridiuum, founded in 1997, automates behavioral health screening, triage, matching and online scheduling. The company ranks No. 41 on the Philadelphia Business Journal’s List of the area’s fastest-growing companies, with a two-year average revenue growth of 20.69%. Tridiuum reported revenue of $7.3 million in 2020. The company is headquartered in Center City and led by CEO Mark Redlus. 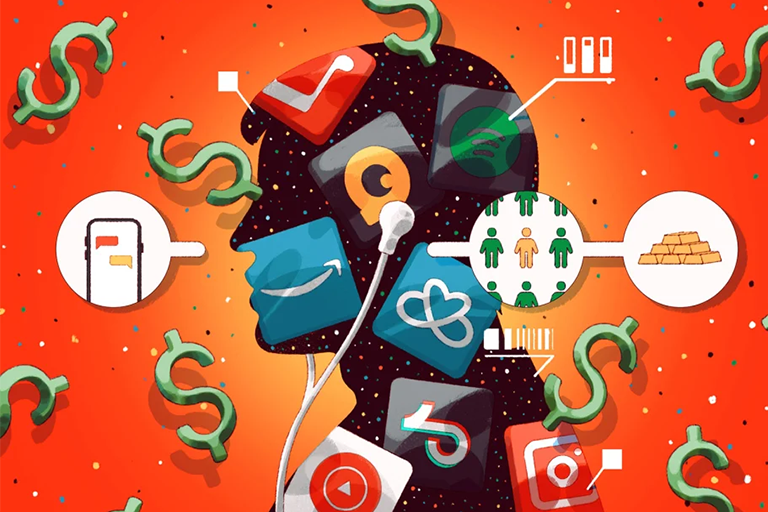 Jessie Reyez loves to text, especially with fans. Using a phone number assigned through the celebrity text-messaging startup Community and shared on her social media accounts, the singer-songwriter makes time nearly every day to have one-on-one conversations with her most dedicated supporters where they share memes and talk about their lives.

“Some really kind fans send me heartfelt messages, and we have exchanges regularly now that I have them in my favorites,” says Reyez. “Distance between humans seems to be getting larger and larger. However, being able to get directly into [fans’] text messages has been a step in making a fan more than a fan.”

Along the way, Reyez is getting something just as valuable: a pathway to retrieve data about her superfans, who each opted in by way of sending a text and agreeing to an online consent form. Through sending mass messages to segments of her Community fan base, Reyez has pulled information — such as hometown, age and interests — to target her most-engaged fans with digital advertisements, strike brand deals and more. Community also helps her make merchandise decisions based on fans’ feedback and mobilize fans to get the attention of brands and artists she wants to collaborate with on social media. “There’s just so many ways that you can monetize these days, and Community allows you to do that, especially when you’re not touring,” says Reyez co-manager, Mauricio Ruiz. “Using every digital outlet that you can to make sure you’re still engaging with your fan base is incredibly important.”

The music industry has long ridden on superfans: the top 1% most-engaged, day-one die-hards who consistently stream their favorite artists’ music, buy their merchandise, pay to see their shows and share their music with friends. Executives interviewed for this story estimate that superfans on average make up 50% to 80% of an artist’s overall revenue. Yet on an individual level, superfans were long invisible to their idols, since artists and their teams lacked the tools to track fans’ information and habits.

Along the way, and perhaps most importantly, Audigent only pulls data from users who opt in through a pop-up consent form and only analyzes fully anonymized data sets that are restricted to users’ content consumption, interests and affinities. Audigent doesn’t track personally identifiable information (aka PII), and users can opt out at any time. While tech companies like Facebook and Google have faced backlash for their handling of personal data, Senderoff and Katz see Audigent as an opportunity for the music industry to start its entry into ad tech on the right foot. “In past construction of these big social networks, you were sharing your data unbeknownst to you in a lot of ways,” says Senderoff. “We have to understand the responsibility of data and accountability when we’re aggregating it.”